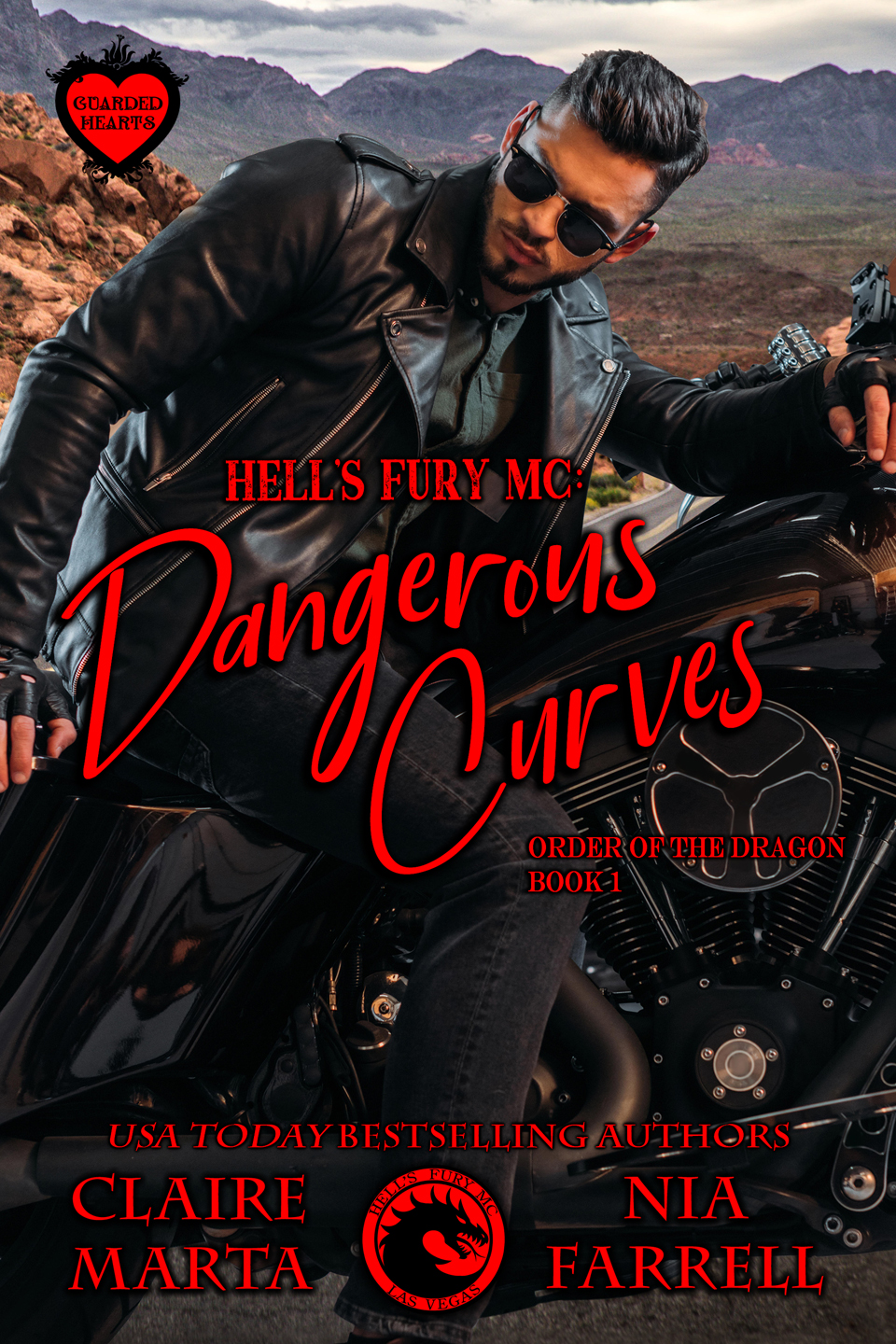 Quake is a club Enforcer for the Hell’s Fury MC, gargoyle shifters who belong to The Order of the Dragon. Together, they are sworn to watch over mankind and supernaturals alike. Warrior, soldier, he’s never envisioned more out of life until a certain stripper catches his eye.

Magenta is a rare red maned wolf shifter. She’s the featured performer and highest-paid sex worker at The Pole Barn, a strip club and brothel near Las Vegas, Nevada, but it’s not where she plans to spend her life.

When trouble comes knocking on Magenta’s door, it’s Quake who comes to her rescue. She’s the stuff of his dreams, but women like her don’t date even when attraction ignites between them.

After Magenta is kidnapped, all evidence points to the low-life jackal shifters in the Death’s Head MC. Can Quake find the rare beauty before it’s too late, or will she disappear from his life forever?

Quake and Magenta’s story concludes in Hell’s Fury MC: Rory (Guarded Hearts Order of the Dragon Book 2). This story ends with a cliffhanger and has adult situations and potential triggers. Written for Ages 18+.

Leaning forward, she palmed one pec and bit his other nipple, licking the hurt away.

The feel of it made her breathless with anticipation of what would happen next. Normally, it was the other way around.

She had that effect on men.

“You’re welcome,” she quipped. She hadn’t made him finish, and he hadn’t actually thanked her, but his look spoke volumes. The man was smitten with her. Too bad he couldn’t afford her.

But tonight was off the clock. Her time, not his dime. If she wanted fuck his brains out, Madam Belle couldn’t stop her. Not if she wanted to keep her around, and she did. Magenta was her top draw. A money-making machine.

Tonight, though, she just wanted to be Rory. To be with someone of her choosing.

To be with Quake.

A callused hand cradled her face. His dark eyes were enigmatic.

“Please?” she whispered, prepared to beg him if that’s what it took.

He searched her gaze, looking for answers to questions unknown, trying to figure out what was happening between them. She couldn’t deny that she felt it, too. Something indefinable. Remarkable. Foreign and yet strangely familiar.

An attachment a whore couldn’t afford to feel.

Tomorrow, she promised herself. Tomorrow, she’d exorcise it. Rid herself of it. Erase the memory of his touch and forget that tonight ever happened. Madam Belle had just what she needed to do it. But that was tomorrow.